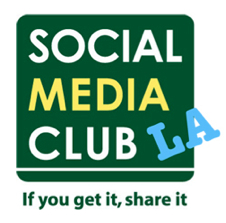 Interested in hottest trends, tools, apps and advertising in the mobile space? Social Media Club LA will have David Teichner, CEO of the mobile couponing app, Yowza (co-created by actor/entrepreneur Greg Grunberg of “Heroes,”) will be joining Patrick Mahoney, VP of Strategy & Business Development from the mobile CRM solution,  Mogreet and Tim Street, VP of Mobile Video from the “smart stream solution,” mDialog, for our first SMCLA panel of the year.

They will be speaking and discussing the hottest trends, tools, apps and advertising in the mobile space and the latest mobile trends to maximize your social programs.

For more information about Social Media Club or to become a member, visit www.socialmediaclub.org

David Teichner, CEO – Yowza You know him as the downed pilot from “Lost” (did I spoil it for you?) and the cop from “Heroes.” We know him as the guy who helped hire one of our speakers. Actor Greg “Grunny” Grunberg‘s company Yowza!! uses your smartphone’s GPS to do a location sweep and deliver targeted mobile coupons through its mobile app. As a consumer, you just have to download the app, switch it on and show your coupon at the register. On the back-end, merchants have the capability to add and update offers in seconds, effectively track results and dramatically increase sales by reaching new and existing customers with compelling coupons and information. Follow David at @davidteichner

In December 2011, Yowza!! hired David Teichner (@davidteichner) as CEO, who brings with him 20 years of experience as an entrepreneur with deep knowledge and expertise in retail, entertainment marketing, content development, couponing, media and advertising sales. Prior to joining Yowza!, David co-founded and led Channel M, developing in-store television networks to drive sales in retail and lifestyle environments. During his tenure, Channel M reached annual revenues of $10M, acquired a competitor, raised over $25M in multiple rounds and executed the successful sale of the company to the PlayNetwork. An entrepreneur from the start, David founded Genco Advertising while still in college.  Genco distributed student coupon books at universities, becoming the leader at each college where distributed and enjoying over a 90% renewal rate each semester.  David has been a Board Member of the Digital Place-based Advertising Association and is actively involved in the Mobile Marketing Association (@mmaglobal).

Prior to joining Mogreet full time in 2011, Patrick served as a long term advisor to the company through his consultancy, Connected Strategic Partners. Mr. Mahoney founded CSP in 2007 and served as Digital and Distribution consultant to industry leaders and innovators including WilliamMorrisEndeavor, Huffingtonpost, Attention Span Media and Entertainment Studios.

Patrick worked as a digital media analyst for Yankee Group, where his expertise was often recognized in prominent news sources including The Wall Street Journal, The New York Times, and CNBC. He began his professional career as a consultant with Adventis (Monitor), where he advised Cable and Telecoms on Digital Expansion and M&A.

By day, Tim is a VP at mDialog. By night, he’s co-hosting This Week in Media. Somewhere in the middle, Tim’s also creating, directing and producing viral videos, speaking at conferences and tweeting. His online videos have totaled more than 40M downloads – that’s not an easy feat. Tim’s speaking credits include Blog World, ComicCon, Digital Hollywood, Inbound Marketing Summit, LATV Fest, NATPE, NAB, New Media Expo, Mac World, Podcast Academy, SXSW, Vloggercon and other local and national events. Tim has produced short and long form TV for Paramount, Universal, Warner Bros., ABC, CBS, NBC, FOX, The WB, UPN, Fine Living, Food Network, Game Show Network, Nickelodeon, Spike TV and many others. In 2009, Tim was inducted into the International Academy of Web Television and currently sits on the board of directors. Tim blogs at 1TimStreet.com and consults with agencies, brands, marketers, media buyers, companies, producers and individuals who wish to reach an audience on the Internet and mobile connected devices.

Who is SMCLA? SMCLA is a non-profit, volunteer-based club. Members of SMCLA include influencers throughout the Los Angeles community who range from tech, marketing, PR, entertainment, entrepreneurs, and media to name a few.   SMCLA panels typically draw 100-150 in-person attendees and when livestreamed, an additional 400+ who tune in via our video webcast.  Our panels have already covered the movie and music industries, branding in Social Media, search engine marketing and more.

What is SMCLA? The Social Media Club of Los Angeles focuses on the unique mix of entertainment, technology and culture that makes Los Angeles an epicenter of the next evolution of the Internet.  Founded in July of 2008, SMCLA hosts monthly panels on topical and relevant Social Media issues.

Where Do We Connect? We maintain an active newsletter and blog on our website located at http://www.socialmediaclub.la that has over 1000 opted-in followers (combining Facebook, e-mail newsletter, Twitter followers and Linked In group members).  Our affiliation with the National Social Media Club chapter allows us an even wider platform to broadcast our events, articles and ideas via the website at http://www.socialmediaclub.org.  The National chapter’s reach extends to tens of thousands of opted-in participants and is rapidly growing, adding 2-3 local chapters each month.

Why SMCLA? Social Media is an increasingly important and relevant topic in everyone’s lives.  We’ve seen an immediate impact in social, political, business and personal lives as a direct result of social media.  Having a platform to discuss these changes gives the Los Angeles community a chance to fully understand and appreciate how our lives are all changing due to these new mediums.  Taking a step back and assessing what to do about it is an important part in furthering the platform.

How Do We Do It? Our  panels are our most important platform for gathering and discussing issues in Social Media.  We use our website to prepare for the panels and to re-cap what was discussed.  In addition to these two key areas of communication and gathering, we use many of the social media platforms as beacons for our message and to gather people into our community.