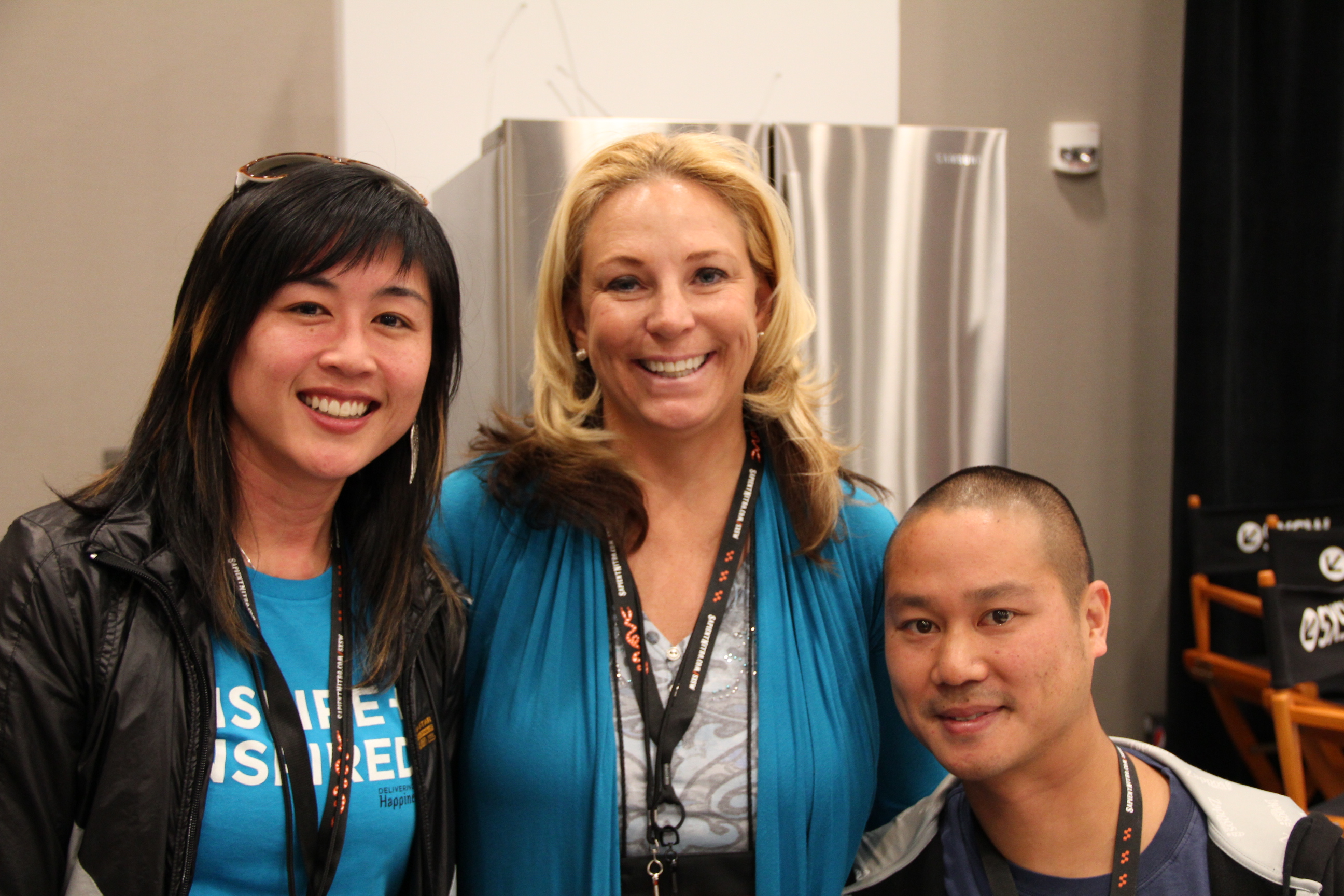 Tony Hsieh announced in the Samsung Blogger Lounge at SXSW that they will be launching a new company based on the book Delivering Happiness. The new CEO will be Jenn Lim. The idea came about from traveling the country in the happiness business for the book tour. I interviewed Jenn about the new company, her role and what we can except:

I’m sure that this will be successful. Tony got that customer service was the difference to make a business go from zero to a billion dollars in ten years when most businesses were still relegating that to the last thing they care about.  Here at SXSW there is a bus you can hop on — drinks and fun!!! and of course…. happiness…

Here’s Jenn’s Twitter handle: @jennlim Give her a shout out on Twitter and congratulate her! She’s gonna rock and roll this one!

In 1999, at the age of 24, Tony Hsieh (pronounced Shay) sold LinkExchange, the company he co-founded, to Microsoft for $265 million. He then joined Zappos.com as an advisor and investor, and eventually became CEO, where he helped Zappos.com grow from almost no sales to over $1 billion in gross merchandise sales annually, while simultaneously making Fortune magazine’s annual “Best Companies to Work For” list. In November 2009, Zappos.com was acquired by Amazon.com in a deal valued at $1.2 billion on the day of closing.