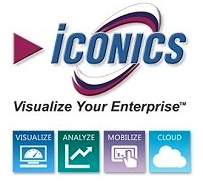 What is the Internet of Things (IoT)? The Internet of Things (IoT) is a hot topic these days. Unlike many overhyped technology visions over the years, IoT has the underpinnings today to start happening throughout the developed world. Sensors everywhere. Ubiquitous mobile wireless communications. Powerful data analytics. Graphic visualization tools.

Although the Internet of Things (IoT) often refers to connected devices in a personal or industrial setting, it also has the potential to unlock vast opportunities in many cities today, from energy management in civic buildings to traffic monitoring to public services. But that wealth of possibilities can be overwhelming to local governments, as public agencies try to find ways to get started with IoT while making the most of limited resources. The CityNext blog has some  advice from guest blogger Melissa Topp of Microsoft partner ICONICS: Don’t try to do it all at once. Instead, pick one thing and spend time getting it right before expanding your Cloud IOT program.

So Pick Your Best Bet And Get Started on IoT! ICONICS works with Microsoft to deliver cutting-edge tools for infrastructure, mobility and analytics, on a Microsoft Azure cloud platform that reduces capital investment and dramatically expands data storage and processing capabilities. In her post, Topp explains how a recent smart energy management project for Peirce Elementary School in Arlington, Mass., illustrates the keys to success for cities’ IoT Cloud deployments. By starting with a single project — in this case, cutting summer operating costs in a school building — then focusing on that problem until they had it right, and finally expanding their program in phases, the school’s administrators were able to discover and resolve equipment problems and lower energy costs. Topp’s experience is a good reminder to businesses in any industry that IoT deployments don’t have to be massive and overwhelming to make an impact.

Want To learn More About How Microsoft IoT Helps Cities and Businesses? Here’s a link to understand how this can happen and while you are taking a look at this consider how, when a city changes how it does things, how does that affect the experience of the customer of that city? It’s huge!

IoT Can Be Daunting for City Governments. After all, with just one of Google’s self-driving cars gathering 750 MB of sensor data every second of driving time, the amount of data that a fully wired city would generate in a second would have to be in the petabytes. What’s more, cities would have to figure out where to put all that data. It’d be a bigger problem than Boston had finding places to put all its snow during last winter’s relentless blizzards! But it doesn’t have to be daunting. How do you eat an elephant? One bite at a time. Think of IoT as the same thing. Don’t try to do everything. Just pick one aspect of your business where it will have a real impact to revenue generation, cost savings, and the customer experience.

Wired (IoT) Cities Drive Better Experiences. Nonetheless, cities around the world are “wiring up,” as the many Microsoft CityNext customer stories can attest. Among those cities are also many ICONICS customers. They’re successfully transforming themselves through greater operational visibility and efficiencies using our HMI/SCADA, mobility, and analytics tools for cutting-edge energy and sustainability solutions.

In working with hundreds of cities worldwide, we’ve found that their successful deployments typically have three common hallmarks that we might call “secrets” of their success.

What is An Example of a City That Has Gone Down The IoT Path? Arlington, Massachusetts, a town of 43,000 people six miles northwest of Boston, started with the need of its public schools to consolidate summer operations into one building, Peirce Elementary School. To help save air-conditioning costs, the district bought a new chiller, but it also sought energy management software. After evaluating competitors’ offerings, it chose ICONICS Facility AnalytiX hosted on the Microsoft Azure cloud platform. Using Azure eliminated the need for any upfront capital expenditures in IT infrastructure.

Facility AnalytiX uses advanced Fault Detection and Diagnostics (FDD) technology. FDD works via customizable fault rules that weigh the probability of equipment failure. It then alerts staff to actions they can take when faults occur.

IoT Focus Helps Save Time and Money. When equipment fails, the software analyzes current and historical information (along with symptom/cause relationships), executes predictive algorithms, and provides a list of possible causes sorted by probability. This information is securely available to all key stakeholders from desktops, browsers and smart devices such as Microsoft Surface tablets. FDD helped the district cut the time its HVAC contractors spend searching for malfunctions by as much as 20 percent.

The Facility AnalytiX software also showed that the chiller was unnecessarily turning itself on and off every five minutes. This cost the district energy and would potentially reduce the chiller’s lifespan, as constant cycling would put more wear on the equipment. The software helped the district save 20 percent of its energy consumption the first winter after installation.

When You Implement IoT, Phase it in With Fast, Easy Cloud Scalability. With the success of Arlington’s deployment of smart energy-management software in that single elementary school, the town is already working to adopt it to another school. And government buildings are likely candidates for additional deployments. In other words, it found one place to start; focused its resources on making it work; and is taking a phased approach.

With Microsoft Azure, adding those buildings to Arlington’s Facility AnalytiX operations dashboard is fast, easy, and economical. That’s because, by simply connecting to existing HVAC equipment, sensors, and SCADA network hookups, Azure can spin up another instance of Facility AnalytiX with just a series of mouse clicks.

Arlington is just one of many examples from the ICONICS customer base of a city that is implementing IoT — sometimes without actually realizing it — to improve operational visibility and lower costs. As the town adds more buildings to its smart-energy network, those benefits will continue to grow.

With Microsoft Azure, it won’t need to add any IT infrastructure that requires money, maintenance, repairs, and upgrades. In effect, Microsoft Azure is a standby IT resource for Arlington, just waiting to be tapped whenever new demands arise.