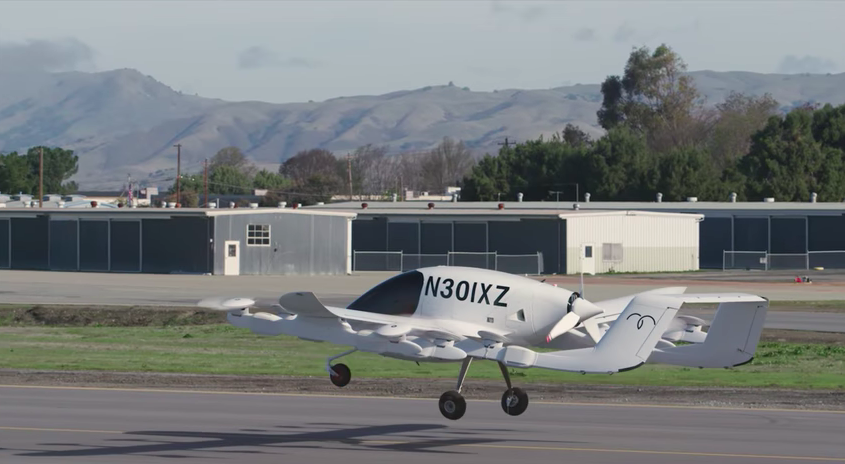 Remember the flying cars in the TV series the Jetsons? Flying cars are not just for cartoons anymore! Google’s co-founder, Larry Page, has launched an autonomous flying taxi firm called Kitty Hawk. Could this mean competition for commuters and business travelers that use apps like Lyft? To reinvent personal aircraft transportation, Page invested in two flying start-ups, Zee.Aero and Kitty Hawk in 2010. The flying car projects were kept secret until a report by a bombshell investigation by Bloomberg Businessweek found that Page had invested $100 million into the project. Going back to 2014, Zee Aero and Kitty Hawk have filed dozens of different aircraft registrations with the FAA. These include electric gliders, rotorcraft, and fixed-wing designs that function more like traditional, commercial planes.

The current prototype, Cora, is an electric, autonomous air taxi/commercial plane. It was reported to travel at 93 mph, with a range of 100 kilometers. Because it can take off and land vertically, it doesn’t require long runways. Cora is being piloted by the government of New Zealand as a part of a commercial air taxi service. Part of the goal in using Cora in New Zeland is for the country to reach net-zero emissions by 2050. The unveiling was showcased on YouTube:

At the 2018 Geneva Motor Show, the PAL-V Liberty Sport and the PAL-V Liberty Pioneer were introduced. These are made by the PAL-V Dutch company, claiming the world’s first production-ready flying cars. The PAL-V vehicles are gyroplanes, which, according to the company makes them “much safer and easier to fly” than helicopters or small fixed-wing planes. But you need more than a driver’s license to take this one for a spin. In fact, you’ll also need to get a pilot’s license. And when the Liberty is in flying mode, it must comply with FAA regulations. Which probably means that you can’t just take off if you are stuck in a traffic jam on the freeway.

And it’s not inexpensive. In addition to the $25,000 non-refundable deposit, the Dual Mode Sports Vehicle is expected to retail for $399,000–$599,999. When will the production-ready flying cars be ready? Estimates are by the end of 2018. Here’s the video on PAL-V flying car:

The future is flying high!