New Report: The Digital Disruption Blindspot: What Could Put Your IOT Initiative Out of Business 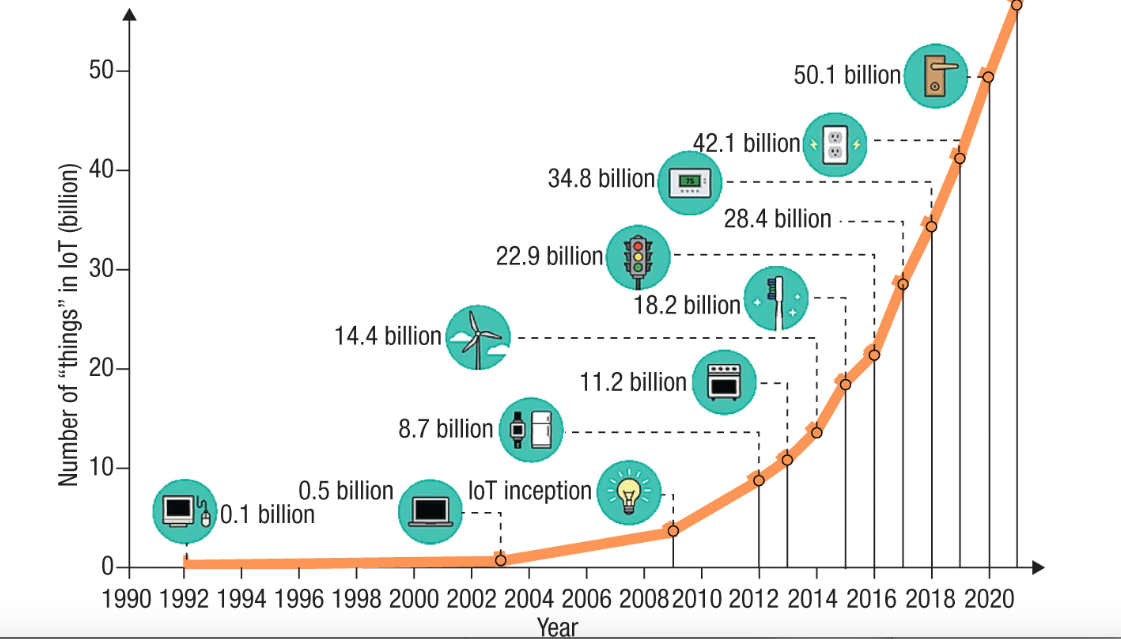 What’s the blindspot that companies could miss? The fact that business models can be affected by technology. Take for instance the digital camera, first invented by Kodak in 1975. That first camera was not much to sneeze at. Who would have thought, at the time, that it would turn into something really important and drive so many businesses? Everything from the resolution of .01 megapixels to taking 23 seconds to snap a picture made it seem impractical, much less a business proposition. Except and unless you understand Moore’s Law.

You see, Moore’s Law predicts that the number of transistors in a dense integrated circuit doubles approximately every two years. It was created by  Gordon E. Moore, the co-founder of Intel and Fairchild Semiconductor, whose 1965 paper described a doubling every year in the number of components per integrated circuit,[2] and projected this rate of growth would continue for at least another decade.[3] In 1975,[4] looking forward to the next decade,[5] he revised the forecast to doubling every two years.[6][7][8]

There isn’t any law that is more powerful or important in Silicon Valley than Moore’s Law. It’s the simple idea that transistor density (and later semiconductor chip density) is continually increasing, which mean computing power (things like camera resolution go up) as costs and energy consumption go down.

Moore’s Law was shown to be accurate for several decades, and used in the semiconductor industry to guide long-term planning and to set targets for research and development. The period is often quoted as 18 months because of Intel executive David House, who predicted that chip performance would double every 18 months (being a combination of the effect of more transistors and the transistors being faster).[17]

And guess what is in digital cameras? Semiconductor chips! Gordon E. Moore was asked to predict what was going to happen in the semiconductor components industry over the years. His response was a brief article entitled, “Cramming more components onto integrated circuits.” Within his editorial, he speculated that by 1975 it would be possible to contain as many as 65,000 components on a single quarter-inch semiconductor. His reasoning was a log-linear relationship between device complexity (higher circuit density at reduced cost) and time.[28][29]

So what happened to Kodak? Kodak thought they were in the chemical (developing of film) and paper (printing of pictures) business. There was nothing driving that business to go exponential. It was a predictable linear business model. But the digital camera, because it contained semiconductor chips was based on Moore’s Law –  it had the opportunity to become an exponential business model. That meant of course that companies would have to keep developing the components and the cameras and the smartphones. And that they did.

But back in 1975, when Steven Sasson, Kodak’s inventor of the digital camera, the digital camera didn’t seem like it was going to become a practical device. But if Kodak had been really paying attention, the might have seen that they had the potential to go from a linear chemical and paper business model to an exponential business model, where the digital camera, especially those in smart phones, would nearly knock out Kodak, as it were, out of business. If you look at the smart phone business, especially the ones with cameras, you’ll see an exponential growth model.

If we have learned anything from what happened to Kodak, it should be to look at our business models, what technology is driving their growth and then either change or adjust the business we are in or ought to be in. Kodak would have been smart to very quickly pivot to the digital camera (and maybe even the smart phone business.) But they didn’t they stayed with what they knew. They stayed with what the company started with back in 1888.

It’s never easy to change directions. But the need to continually look at what is happening in your industry and what is driving change has never been more important than today, especially because so much of technology is driving business change. And in particular, a blindspot that many businesses many not see is Internet of Things (IoT.)  That’s because, just like the digital picture taking business, the number of connected devices is also predicted to increase exponentially over time.

The Exponential Increase of Connected Devices

The blindspot in the world of IOT is NOT seeing that the rate of connected devices is predicted to grow at an exponential rate. So the question would be – what business are you in and what business should you be in? And if you choose to be in a business, perhaps in the very near future it should be in an area that is some how related to the exponential increase in connected devices.

For more details on this report, you can find it here.

If you want to know more about CCD (Charged Coupled Devices) vs CMOS chips, read more here. Complementary Metal Oxide Semiconductor (CMOS) are used to make millions of chips for computer processors and memory. This is by far the most common and highest yielding process in the world. The latest CMOS processors, such as the Pentium III, contain almost 10 million active elements. Both CMOS and CCD imagers are constructed from silicon. This gives them fundamentally similar properties of sensitivity over the visible and near-IR spectrum. Thus, both technologies convert incident light (photons) into electronic charge (electrons) by the same photoconversion process.  Both technologies can support two flavors of photo element – the photogate and the photodiode. Generally, photodiode sensors are more sensitive, especially to blue light, and this can be important in making color cameras. ST makes only photodiode-based CMOS image sensors.Color sensors can be made in the same way with both technologies; normally by coating each individual pixel with a filter color (e.g. red, green, blue).