Is Organizational Change Management Just the “Fluffy Stuff” or Is There Real Business Value? 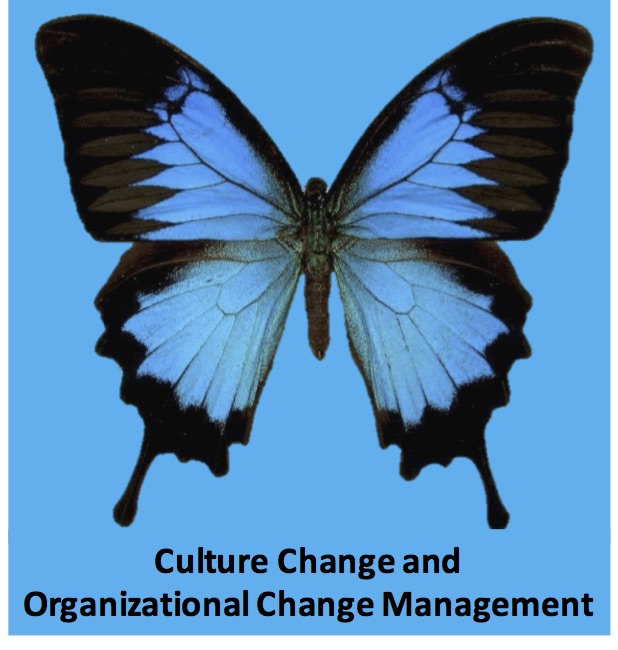 Is OCM and CC Kumbaya?

When I first lead organizational change management (OCM) and culture change (CC), it was at previous high tech company; a company made up of mainly engineers. When the topic was first announced as part of our integrated product developed process (a.k.a. teaming) it was labelled very quickly as “apple pie and motherhood.” Many thought we were going to sing Kumbaya or I was going to bring cake and cookies to meetings. What I learned was framing what the results could be and by providing individuals, teams and organizations, with tangible results, I found being outcomes-driven was the missing key. How so?

When I framed OCM and CC in terms of outcomes and business value, I asked questions like, “Would you like it if everyone showed up to your meetings? On time? With the action items completed? With a proactive attitude vs “not invented here or we don’t do that – that way here” attitude…  Get a high rate of return on projects- projects on time, within budget and scope, high customer satisfaction…? Of course the answer was a resounding “YES.” The employees were craving answers to these issues that plagued the organization. And no one knew how to fix these issues. They just persisted. People stopped taking deadlines seriously. They expected project scope to creep. Budget overruns were somewhat typical.

When I was able to explain the value of the outcomes of OCM and CC to them personally and their teams- the WIIFM (What’s in It For Me), they became extremely interested as the cultured suffered from too many meetings, people always in meetings so they never had time to do their action items; a passive-aggressive culture- so instead of coming to the meeting (without the action items completed and saying they didn’t have time and figuring out how to change something so they did have time) they just wouldn’t show up… And in that company – one team’s action items directly impacted another. For instance, if team 1 didn’t finish their action items teams 2, 3, 4… couldn’t do theirs… and the project fell behind, out of scope, over budget… It was a horrible domino affect that one one really knew how to fix. Giving orders that projects needs to be on-time, within budget and on scope didn’t really lead to change. It just lead to frustration because there were reasons why those things were happening, but giving an order that they needed to be done didn’t fix the root cause. So nothing changed.

What I learned about Leading Change

What I learned was when I presented OCM and CC in terms of outcomes – employees and leaders were very interested. I learned when I first presented OCM and CC without the business outcomes, it resulted in #fail. Then, I pivoted and iterated to an outcomes driven aproached, related to WIIFM and it resulted in #success… Net-net? Choosing a few key behaviors’ that help people work better together in a way that supports desired organizational outcomes, gets people on board…

What 20 years of leading change has taught me is that it’s all about framing CC and OCM in a way that people can relate to. Unfortunately a lot of CC or OCM got a bad rap as the fluffy stuff. But I have spent a great deal of my career over the last 20 years writing ROI (return on investment) models for the “fluffy stuff.” And I can tell you, it’s not fluffy… it impacts the bottomline…

And of course having a methodology and tools that help teams and people make those changes… takes it out of the “fluffy stuff” and into the business realm. OCM and CC is so much more, but people don’t know, what they don’t know… so it’s key to have a concrete methodology so it’s taken seriously and it can add business value to teams and our customers. More on that in future posts.