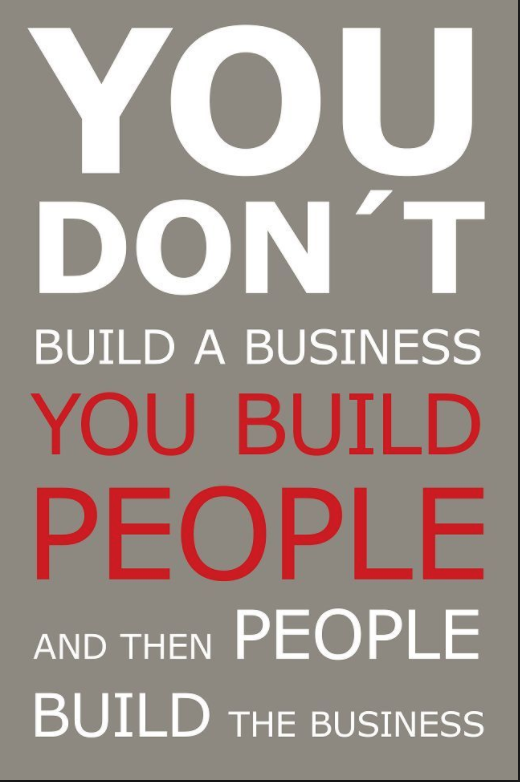 I was working at a company and asked to do several things. First was to recruit 100 engineers. That may not seem like a lot, but for every 100 people, we interviewed we had 1 person accept. So it took interviewing 1000 people to obtain 100 engineers. Part of that was because we were looking for a specific type of engineer – digital signal processing engineers. The company I worked for had gone through a series of hiring and layoff cycles, so they weren’t completely trusted by the local community as being a stable place to work. Many of those types of engineers had left southern California to go to northern California to pursue work – and for larger salaries and more stable positions.

Examining What Was Important to The Employees Was the Key

We had lost a large number of engineers and some accounts were in trouble. So the need to recruit quickly was key. Normally it could take us 3- 6 months to recruit these type of engineers. I had been given a month. So I stepped up to the challenge. I thought, what would I want to experience to determine if I wanted to work for this company? I would want to hear from the leadership that they were dedicated to doing things differently. I would want to know that there were exciting career options in various categories and I would want to feel, touch and see the advanced technologies I would be getting a chance to work with and enhance my skill set so I would be more marketable in the future, both inside the company as well as if I decided to leave. I would want to get to talk to potential colleagues and potential bosses. I would want to get a sense of the culture and the environment I would be working in. And I’d like to meet people who were seeking the same or similar positions to what I was seeking – who would be these new people on-boarding with me?

The Answer? A Career Day With a Special Invite to Top Candidates

What I proposed was a career day. We took out an ad in the LA Times, inviting the best of the best to apply to our company and upon invitation, they would be invited to come to the career day, hear from our leadership about our company and their future there, be interviewed by direct hiring managers for our 5 major divisions as well as tour booths staffed by some of our top engineers and business folks. In the booths, we demonstrated our “cool” technology – at least that which was not classified as top secret.

To pull this day off, I worked with our graphics department to create amazing ads, colorful booth content, onsite brochures and the personal invites sent to those that had sent in resumes and qualified to participate in the career day.

The Launch of the Career Fair

The day started with a group of engineers who began their career day journey with us by hearing from our top leadership. Then they got to tour 5 divisions, each with several booths where the top technology was being demonstrated. We tried our best to come up with really interesting, real-life demos that potential employees could get to touch and feel the technology = actually experience it. Then they were invited to interview with a hiring manager there on site. The hiring managers were given the ability to hire people on the spot (something we’d never done before.)

The Reaction of the Interviewees Was Fantastic

What was interesting was the feedback we collected on video as the employees left the career day. Most of them, after interviewing wanted to go back and hang-out in the tech booths or listen to more talks from our leadership. They commented that it was the best interviewing process they had ever experienced. What was even more gratifying was that the day not only had a positive effect on the interviews but also on the employees who helped put the day together. I had not seen the employees shine so brightly in a long time. It was clear they had a new found sense of pride in the work they were doing as well as for the company. We even captured their feedback on the video and put a compilation video together. Why the video? To help demonstrate the ROI.

Examining the ROI for the Career Day

The cost to develop the day and put it on was about $1,00,000, including the a portion of the salary of all people who participated in the project for various amounts of time, the graphics, the ads in the LA Times, the billboards off the 405 freeway, the booths, tanks we had onsite as part of the booths, etc… When we looked at the cost of recruiting one engineer in our typical process. HR had calculated that to be about $150,000. To obtain 100 engineers we would have had to interview 1,000 people at a cost of $150,000 and that would be equal to $15M. Most people would have considered those soft costs. But they still cost the company time and money. In this new process of interviewing, it cost about $2M. We were able to interview and hire over 100 engineers. The ROI?

What I Found Surprising

It wasn’t just that we were able to recruit so many great people quickly. Another aspect of this process was that we actually interviewed our own employees who staffed the event and created all the content to make it amazing. What they said on camera was they were truly proud of the place they worked. They felt a sense of pride they had not in years. I what I learned was that by engaging our own employees, making them part of the recruiting process in this event, it changed their attitude towards the company and their work. So not only were we able to hire all the engineers we needed, but we had boosted the internal company morale! It was a very exciting day for everyone. Something I will proud of for years to come!