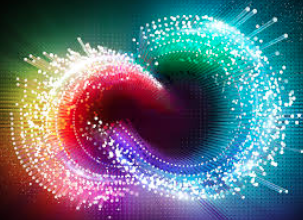 Yes, the Superbowl has passed, but I couldn’t pass up this story. In a new campaign called “The Gambler,” Adobe’s Marketing Cloud showed how advertising in the Super Bowl can be a big bet for CMOs. You can watch the clip here:

What’s the Video About? The TV and video campaign, created by Goodby Silverstein & Partners and directed by feature film director J.C. Chandor, opens with two men sitting at a dive bar watching the Super Bowl on TV. One of the men is a nervous-looking businessman in a suit, and the other is a street-wise gambler.

“How much you in for?” asks the gambler, assuming the businessman is betting on the game. When the CMO answers “$4 million,” the gambler is stunned.

“And the scariest part is, it’s not even my money. There are going to be a lot of unhappy people if this doesn’t pay off,” the CMO says.

He’s talking about his 30-second TV ad, of course, for his cream cheese brand. And when it does not go over well, the gambler buys the CMO a drink.

The ad ends with the question, “Do you know what your marketing is doing?”

So What’s the Point of the Ad? “The ad tells the story of a CMO who didn’t look at the data, and is hoping that one big ad for his cream cheese company will do something amazing — but the odds are it won’t work out that way for him,” said Alex Amado, VP-experience marketing at Adobe. “Brands that don’t take that data into account are gambling with their company’s money.”

The ad is the latest in a series of humorous spots for Adobe Marketing Cloud — including its 2013 “Click Baby, Click” and last year’s “Mean Streets” — which show what can happen when CMOs don’t know what their marketing dollars are doing.

So What Is Adobe Marketing Cloud Video Really About? The Data! Adobe, which has never bought an ad in the Super Bowl, decided to capitalize on this “moment in time” in which marketers are thinking about advertising, Mr. Amado said. “We are absolutely not anti-TV advertising — we are pro-data,” he said.

In fact, Adobe is running the spot on late-night TV shows including “Jimmy Kimmel Live,” “The Late Show with Stephen Colbert” and “Saturday Night Live” the night before the Super Bowl.

But it’s focusing a large portion of its media buy on a targeted video campaign, which launches today, on sites geared toward marketers with an interest in the Super Bowl, including USA Today’s Super Bowl Ad Meter and CBS News’ 50 Greatest Super Bowl commercials.

“The biggest place we’re advertising is in the spaces that host conversations around the Super Bowl,” Mr. Amado said. “It’s a great place to reinforce our message about Adobe Marketing Cloud and being data-driven.”

The campaign also includes a large social media effort, including paid advertising on Twitter and LinkedIn. “LinkedIn works really well for us from a b-to-b perspective, because we can target our key audience — marketers — by their titles,” Mr. Amado said.

My POV: This was an interesting way to make the point that this ain’t your grandpa’s marketing anymore. It takes a lot more sophistication and data is definitely part of the game. So my point is you have to be on the field to even begin playing the game. So get on the field, come to love data and win with it. You’ll be glad you did when you start to see your campaign bring in a winning steak.